Authorities in Belgium arrested at least 21 people Sunday as part of the country's extensive operation to shut down terror cells. Police carried out raids around the capital of Brussels over the weekend and while it did so, it issued a request to citizens for radio silence.

Not wanting to tip anyone off as to their whereabouts and plans, authorities asked residents to refrain from posting any status messages indicating a police presence in their area.

The internet complied (for the most part) but also had a bit of fun in the process.

Local Twitter users, already on edge after from days of warnings about potential threats from extremists, began to report a heavy ... feline ... presence throughout the city of Brussels.

If these users were to be believed, armed cats were swarming the metro area rounding up suspected terrorists! 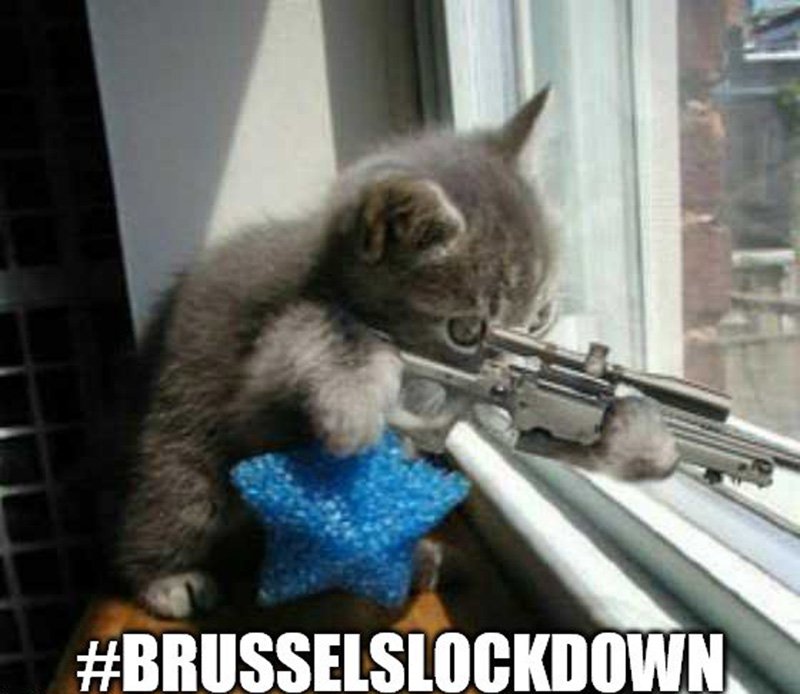 While it was certainly fun, the situation in Belgium remains very serious. As the work week began in Brussels, schools, shopping malls and the subway remained closed. Soldiers and heavily armed police are out in force on the streets, and people have been warned to avoid large gatherings.

At present, officials in the major European capital have not detailed what the "serious and imminent threat" they are chasing is exactly. But, as long as these cats are on the case, Belgians should rest assured that they are in good hands.